I was doing a bit of research on the search trends in Dublin Ohio and Dayton Ohio within Google Trends when I noticed an interesting phenomenon. While both cities have enjoyed growth with respect to visitors searching from within the state for their city, Dublin seemed to be experiencing more searches based on good news, while Dayton searches seem more focused on neutral or negative news.

As a native of the Dayton area, this concerned me, so I did a bit of digging. It looks like a classic case for some creative reputation management. Dayton has a great deal of good news to share, but it doesn't seem to be getting the same "play" as good news in Dublin. This comes down to Public Relations, specifically reputation management. While the subject of reputation management is in itself fascinating, since I'm primarily a search guy, I'm going to restrict my observations to the convergence of PR and SEO.

I Don't Have a Dog in this Fight

Or perhaps I have two dogs in the fight. Since I spend so little time in our Cleveland office, I can't speak to how I feel about Cleveland yet. But as I spend half of my professional time in Dublin and the other half in the Dayton area, I can speak to how I feel about Dayton, and I think I'm uniquely qualified to give Dayton a gentle slap on the wrist. I love the Dayton area and as a resident I know that there are plenty of great things to talk about. We just need to collectively do a better job of getting the word out.

Dublin Uses What They Have

If you look at the major headlines for Dublin Ohio searches, you'll see they are predominately related to the annual golf tournament. This is great, and I'm sure to some extent "just happens" as a result of having the tournament. I have to assume however, that there is some effort being applied to directing the news about Dublin based on the near absence of any other "tragic" news.

But Dayton Doesn't have a Memorial Golf Tournament

True, but Dayton does have the Dayton Air Show, (had) an incredible fireworks display/celebration, the worlds largest Air Force museum, ranked the #2 medium sized metro for economic development (and take a look at the #1 small metro), and much more. I think some concerted effort to get these tremendous strengths into the modern news stream would be successful. I don't see this as a failure on anyone's part, as much as a new opportunity to use modern methods to marry tradition public relations to new interactive media.

Having good news isn't enough. You need to leverage the technologies available to make your good news known. Dayton could take a page from the Dublin playbook and use all of the great news they have to their advantage. 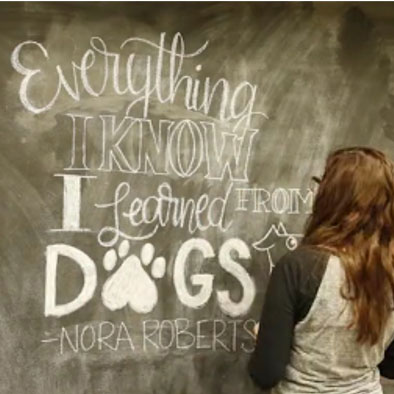 5 Things We Can Learn ... Featured Site: Upward ... Upward Brand Interactions is excited to an...
Meet the Experts Reach out to our authors